This magical realistic thriller is a cinematographic research of a transformation, as a result of an identity crisis.
Drawn by someone from the past, Sophia drives to Moresnet. On her way she keeps seeing different versions
of the same man. After an encounter with a mysterious singer in a bar, a dance of wandering and shifting
identities begins.

Sign Song is a swinging musical about finding one’s own roots. A 16-year old  Jasmine goes together with
a gitarist Stijn to Suriname to participate in a song contest. But the real reason of this trip is finding her mother.

A television series based on the well known Menten affaire in the ’70 in The Netherlands. The journalist Hans
Knoop tires to find the truth about the art dealer who turns out to be a II WO criminal.

A short movie for children. Nine year old Rose is living happily with her mother, four brothers and a limousine.
Until the charming folk singer Johnny Ster walks into their live. Rose’s mother falls madly in love with Johnny,
but Rose sees what nobody else seems to notice: Johnny is a ‘Bakru’, an evil spirit that is becharming her mother. 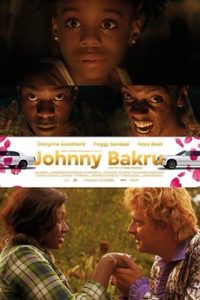 A short documentary about immigrants with the Moroccan roots. 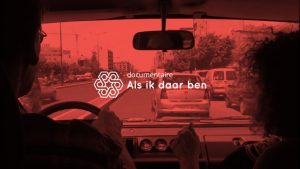 A television series about a charming, voluntary private detective who chases criminals and in the process tries
to find himself.

A television series about Amsterdam surgeon Martinus Elsenbosch who succeeds the old, popular only GP in
country village Wourkem, where his aunt Jannie lives. The locals are as stubborn in their largely outdated ways
as snobbish wise-guy Martinus, whom they re-dub Tinus, in upholding his status and proclaiming doctors
orders, which are often ignored, worst of all by the grossly incompetent, irreverent assistant Kim, which he
‘inherits’ with the practice.

A television series about a self-indulgent, Amsterdam-based talent manager who navigates Dutch show
business while attempting to win back the love of his life.

In a hypothetical, contemporary Purgatory, an Angel navigates a cargo ship on a journey into the unknown,
while a group of human beings are in a non-place possibly seeking salvation.

Provincial Poland as seen from the perspective of a car passenger. The film includes interviews with the drivers
travelling through towns and villages across the country. Each of them has his own concerns but all remain
seated behind the wheels of their own cars. Some of them work on the road, which does not prevent them
from reflecting on the political situation or the nature of other people. The ugly roadside landscape, terrorised
with the eclectic style of houses or billboards, makes the backdrop for the picture.

A 12-year old Dolly is a bit boyish, but is keen to feel like a beautiful and seductive girl. A friend helps her with
a dress and makeup. When she comes home, her parents have to leave unexpectedly and a friend of the family
will be babysitting. A short movie about a  girl who plays a dangerous game with unforeseeable consequences.

Four friends are about to graduate from high school. In an impulse, they decide to steal the school exams.
When they sell the exams to others, the group is caught up in a high of rowdiness. The group seems invincible,
but as soon as the outside world catches onto the affair, Thijs is in danger of losing the feeling of freedom he’s
only just acquired.

A closely-knit group of adolescent kickboxers trains every day at a boxing gym in the heart of Amsterdam West.
Here the youths are confronted by the strict approach of the trainer. The boxing gym offers shelter and is
a place for inspiration to strengthen them in the choices they have to make in life.